Call for justice for Joshua Yasay and victims of Scarborough violence

Call for justice for Joshua Yasay and victims of Scarborough violence 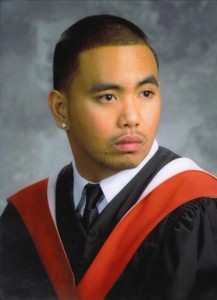 ANAKBAYAN-Toronto, a broad alliance of Filipino-Canadian youth under the umbrella organization of BAYAN Canada, mourns the loss of 23 year old Filipino-Canadian youth Joshua Yasay, who was killed on Monday, July 17th 2012 in a Scarborough shooting incident. A York University graduate, Yasay was one of the two victims killed at the annual block party along Danzig Avenue. The event was attended by at least a hundred people of which twenty-three people were wounded.

Mainstream media has dubbed the tragedy as the worst gunfire incident in recent memory in the City of Toronto. It has added up to the list of deaths of mainly youth and unarmed people of color. In the past five years, young Filipino-Canadians from Christian Derro, to Jeffrey Reodica, have also had their lives stolen.

Investigations have now begun seeking tips from the public about possible perpetrators. But the local police have already framed the Danzig incident as gang-related violence and political leaders have been content in accepting that this is simply a problem of colored criminal youth and disenfranchised communities.

While there is no denying that the victims in the Denzig shooting come from the troubled Black and Filipino communities, this should not be the cause for the ruling class to enforce their marginalization of these communities. Our two communities are characterized by low levels of income, high rate of school drop-out and low expectation of social mobility through no fault of their own.

It is a consequence of Canada’s own economic response which saw a boom in Canada’s importation of cheap migrant labourers then implementation of huge cuts to social spending as the response to the current economic crisis. This has created an environment for street violence as Toronto is unable to take care of its population. The city is now suffering from poor access to genuine social services for our youth, inadequate access to proper housing and settlement for immigrant families and lack of viable jobs in the city.

The death of Joshua Yasay is not purely accidental and it is certainly a result of a systemic problem.

Politicians should not just respond with blaming the tragic loss of black and brown bodies to gang-related incidents but must also address the immediate need for better social and economic support initiatives in these communities. As the city council continues to do cutbacks, racially marginalized young people in Canada will continue to be part of this violent cycle we are witnessing.
We refuse to accept a situation that was built on our backs for the benefit of the elite.  We refuse to play the blame game and settle for simplified ‘justice’ that focuses only on those that pulled the trigger.  And we refuse to allow our analysis to be limited in scope to a simple matter of racism and petty crime.

This tragedy demands that we look at the big picture.  It is a tragedy that demands that we see racism as a tool of power to pit those at bottom against each other and petty crime as a symptom of a much bigger and systemic kind.

We acknowledge that there was a crime here, and that those who are directly responsible deserve to face justice. Bigger than that, we acknowledge that the true criminal is the hegemonic socioeconomic system that works towards profit despite loss of life and overall global suffering. It is a system that manifests desperation into local tragedy and makes young people of colour especially vulnerable.

ANAKBAYAN-Toronto gives our condolences to the victims’ family and loved ones. We are committed in combating gun violence and supporting survivors for safer and more empowered communities. Join and support us in our call for justice for Joshua Yasay and the victims of Danzig shooting.

We demand to put an end to state marginalization and racial profiling.

We demand priority programs for youth.

We demand for fully-funded equal access to public social services.

And we demand an end to a system that puts profit over people.