Maguindanao massacre ruling out on Dec. 19

Maguindanao massacre ruling out on Dec. 19 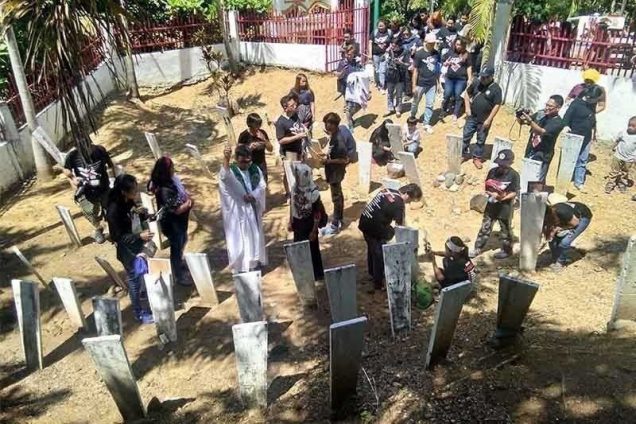 In this file photo taken
November 2018, families
and journalists gather
in Ampatuan, Maguindanao to mark the ninth year since the massacre.
Philstar.com/Jonathan de Santos

MANILA–The Quezon City court in charge of the Maguindanao massacre trial will hand down its decision on the decade-old case this month.

Last month, the Supreme Court gave Reyes until December 20 to issue a decision on the Maguindanao massacre—considered the worst election-related violence and attack on press freedom in the country.

November 23 marked the 10th year since 58 people—32 of them journalists—were massacred in Maguindanao province.

The ambush took place when they were on their way to a local Commission on Elections office to witness the filing of then gubernatorial candidate Esmael Mangudadatu.

Members of the Ampatuan clan are being tried for the case. Datu Andal “Unsay” Ampatuan Jr. and Zaldy Ampatuan are the primary accused in the case.
Ampatuan patriarch Andal Sr.—alleged mastermind in the killings—died in July 2015.

(Gaea Katreena Cabico with a report from Kristine Joy Patag/Philstar.com)