Tackling snoring as a family problem

Tackling snoring as a family problem 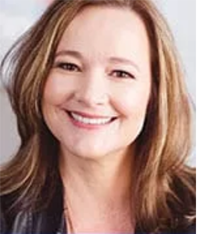 Regardless of who may be the snorer, any disruption to one’s sleep can have short term and long term negative consequences

Snoring is often regarded as a condition which only affects adults, but it is also something which can, and does, affect children. While it has been estimated that 45 per cent of the population are snorers (with 25 per cent of adults being habitual snorers), the Sleep Foundation estimates that anywhere from 10 to 12 per cent of children are habitual snorers.

This makes snoring a familial problem. Regardless of who may be the snorer, any disruption to one’s sleep can have short term and long term negative consequences.

The effects of sleep disruption in children

Children and teenagers need more sleep than the average adult. However, a glaring number of children are not receiving nearly enough sleep per night for a number of reasons, including family schedules, the use of electronics, and disruptive living arrangements.

Below is a quick guide as to how much sleep your child likely needs in order to properly function the next day:

Researcher Rebecca G. Astill from the Department of Sleep and Cognition at the Netherlands Institute for Neuroscience studied more than 35,000 children between the ages of five and 12 to examine how sleep can affect school performance and behaviour. In the study, Astill found the following to be true in the majority of children who did not receive enough sleep:

• An increased risk of diabetes

• An increased risk of hyperactivity

• An increased risk of obesity

Sleep deprivation tends to appear differently in children than in adults. Children who are sleep deprived tend to be moody, obstinate, and “wired”. These children often have a difficult time sitting still and focusing, which in part may explain poor academic performance.

It is also well known that sleep deprived children also have a more difficult time socially and tend to have a harder time getting along with their peers.

Recent research also found that some children who have or had been diagnosed with Attention Deficit Hyperactivity Disorder (ADHD) were actually sleep deprived. One study found that children who suffered from breathing conditions like snoring or apnea were anywhere from 40 to 100 per cent more likely than normal breathing children to develop behavioural problems which resembled ADHD.

Having a child with ADHD or similar symptoms can place a strain on not only the relationship between a parent and a child, but it can be stressful for the entire family. Parents may find themselves constantly feeling the need to “police” their ADHD child, but any other children or relationships may be negatively impacted.

Whether your child, your partner or yourself is the snorer in the household, one thing is for certain: snoring is a family problem.

Snoring in adults and children often happens for the same reason: the muscle in the upper airway relaxes during sleep, which causes the airway to collapse. As you or your child takes a breath, it will cause an unsteady movement of air which then vibrates the palate tissues, nose, and throat, causing a rattling, snoring sound.

The most important step for families to take is to make sure that whoever in the home is a habitual snoring receives proper medical treatment. Many families will discover that their child has sleep apnea (this will be confirmed by an ear, nose, and throat specialist), and so surgery which will remove an enlarged tonsils and adenoids is often a satisfactory solution.

If surgery cannot resolve your child’s snoring or sleep apnea, or you are not ready to take such an extreme step, then next best solution is to use a mouthpiece. A growing number of adults are also choosing to use mouthpieces because they are clinically proven and affordable devices which can reduce or eliminate snoring and can improve everyone’s quality of sleep.

Dr. Nancy Markley is president and CEO of MPowrx Health and Wellness, which in-licenses, researches, develops, manufactures and distributes health and wellness products.