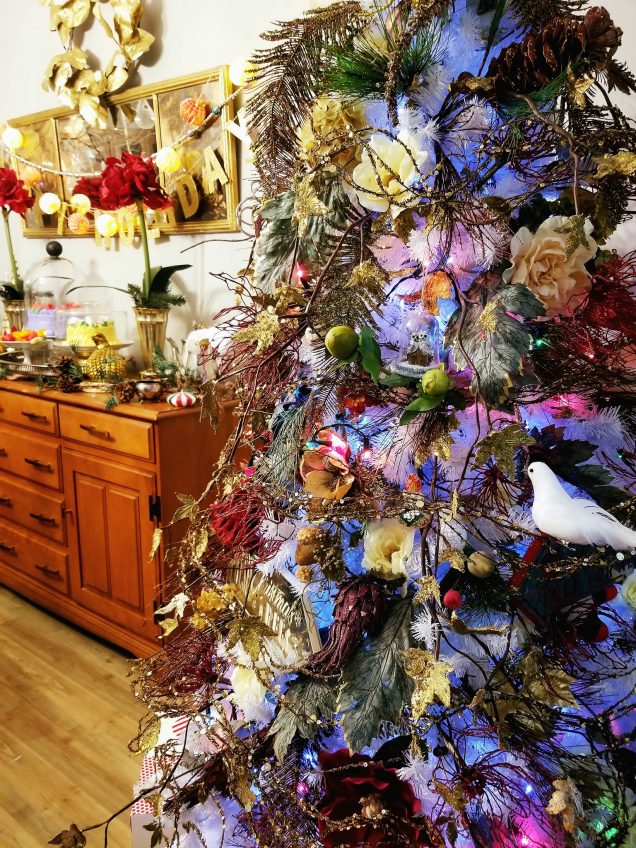 Filipinos are well-known for celebrating the world’s longest Christmas — starting in September, when carols fill the airwaves and festive lights bedeck homes and public spaces, and ending in January, with the Feast of the Epiphany.

It’s certainly the case even for transplanted Filipinos in Canada, including Cheer Ladera Larrazabal, who immigrated to Toronto from Cagayan de Oro in 2005 with her husband, Mating and their two children, Chris and Macy. 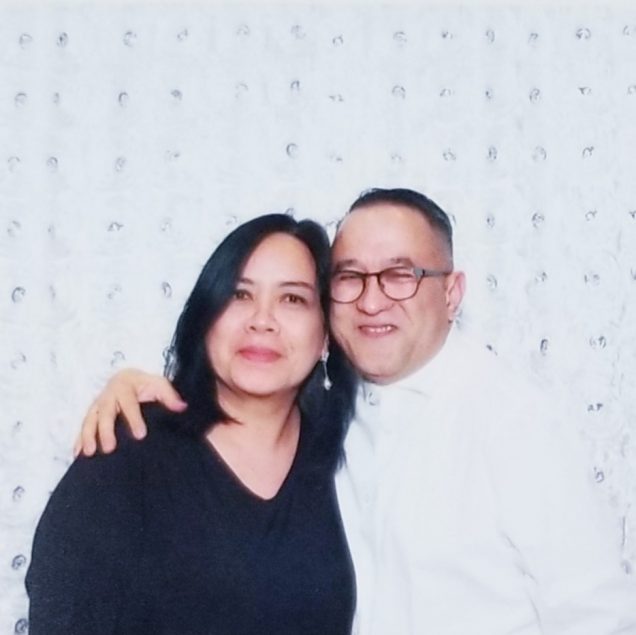 By September, she begins planning her menu for noche buena, the Christmas Eve dinner. She cooks and bakes everything from scratch, including such Filipino holiday staples as pineapple-glazed ham and leche flan. “I don’t buy. Everything has to be homemade, from the main dish to the dessert,” she says.

Like many Filipinos, her holiday dinner incorporates traditional Filipino food with those from other cultures. Instead of lechon (roasted suckling pig) or chicken relleno (boneless stuffed chicken), for instance, many Filipino-Canadian households cook turkey — a nod to their adopted home and to the changing tastebuds of their children.

In Larrazabal’s case, her children make a special request for lasagna, which uses their paternal grandmother’s recipe. They also ask for the chocolate fudge and chocolate cake that she’s made for them since they were little. 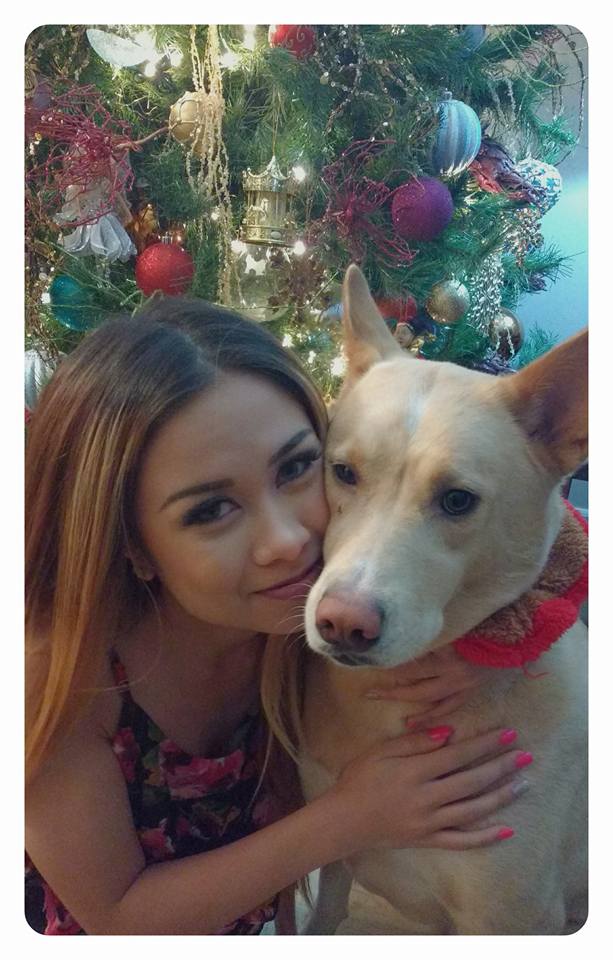 Larrazabal, who has a creative flair, also thinks ahead about how she’ll give her decorations a different twist each Christmas. She uses the same ornaments she’s had since they moved here, including some Philippine-made ones given by friends, she says. “They have sentimental value, so they’re special to me.”

She describes her Christmas decoration as  modern and “saksak sinagol” — a merry mix of anything and everything — but there’s no denying that they all come together beautifully and give her home a magical feel.

And since she considers Christmas high up on the list of special occasions, her family’s noche buena is always a formal affair — they dress up, attend the Christmas Eve mass,  come home to a table with formal setting, and later, open their gifts.

“On Christmas Eve, it’s just us,” she says. But on Christmas Day, the Larrazabals open their home to relatives and friends, especially new immigrants who have no family or relatives. 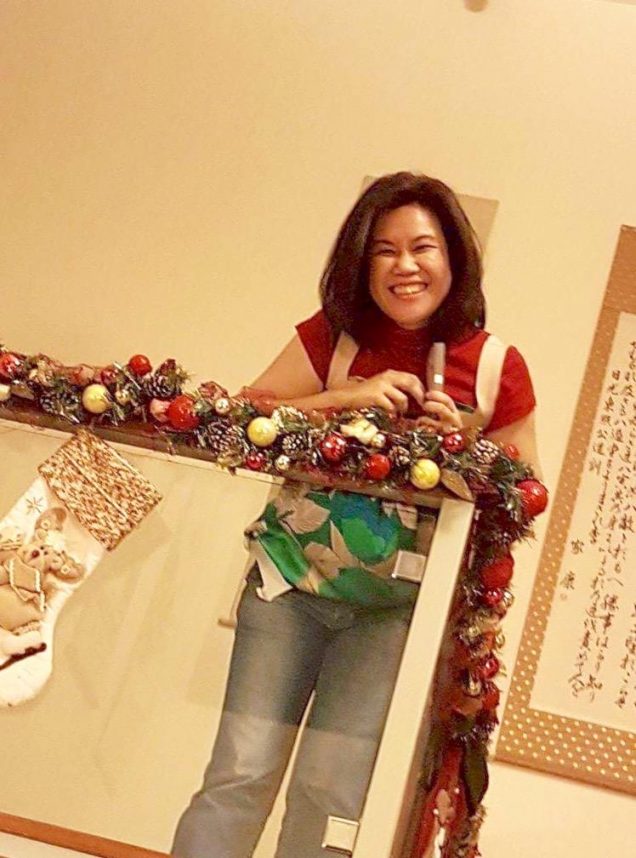 Gugay Bengzon Moran, who is celebrating her first Christmas in Canada after she immigrated this spring, recalls that when her mother was asked about what they do for noche buena, she would reply, “We don’t do Noche Buena, it’s Buenas Noches (good night) for us.” But in the morning, “Ma would bring out her lovely turquoise tableware set and prepare our breakfast of hamon, queso de bola and chocolate eh.” The chocolate eh (thick and rich chocolate drink) would be  “lovingly made using the batirol (wooden baton) and that small sexy pitcher (tsokolatera or metal pot pitcher).” There would also be sinangag, scrambled eggs and  crispy fried pingka (swordfish) to dip in suka (vinegar). “It was simple, but heavenly,” she says.

On Christmas Day, she and her family would visit some relatives, says Moran. When her only other sibling moved to Toronto, she says during Christmas season, she and her mother would often pack some food, hire a cab and drop them off to urban poor families that live by the roadside in Ortigas, San Juan.

Moran, who joined her sibling in Toronto after their mother died (their father had long been deceased) says they will be celebrating Christmas with relatives in Canada, including cousins who will be visiting from the U.S. and the Philippines. “There will be lots of cooking and ribbing with cousins. It will surely be fun.”

Simon Uy says he and his wife, Corinne, along with their relatives usually go to the midnight mass on Christmas Eve  and come home to a “simple” feast  of  ham or lechon, lumpia, barbeque, suman, mamon, pancit, wine and beer, tikoy and hot chocolate. They then open gifts and sing Christmas carols. 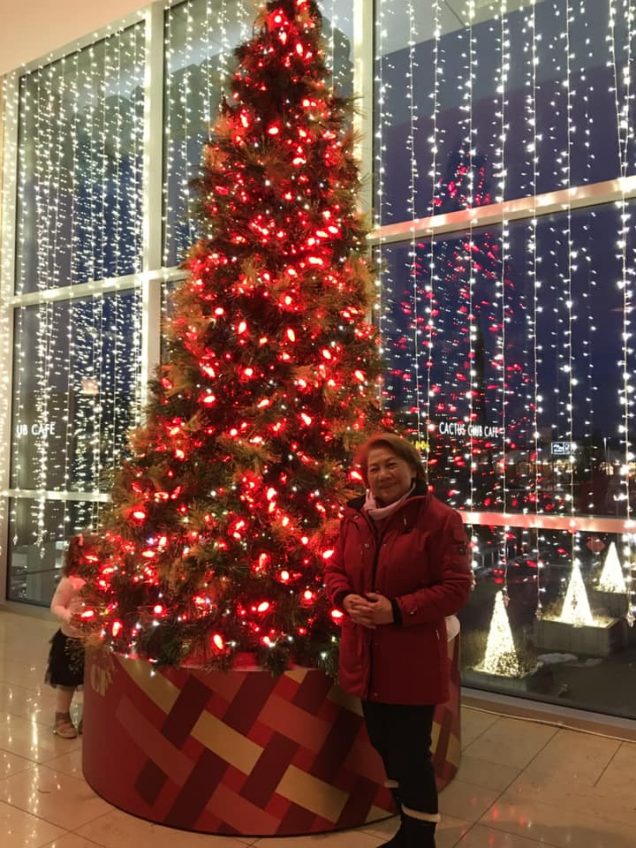 Ruby Dalusong, who celebrates Christmas with her children — either in Winnipeg or Toronto — says her family Christmas here is a combination of homemade and bought food. “I used to make by 21-day homemade ham, but not anymore,” she says.

With a number of Filipino-Canadian restaurants and caterers around the GTA, she says one can even order kare-kare (which she also used to make).

Asked what she misses about Christmas in the Philippines, Larrazabal says, “the carolling, the parol and kakanin.”

What does she like about Christmas in Canada?  “The snow,” she says, laughing. “I used to just see the snow in movies, but now we’re here. I really love the snow.”

But whether Christmas is celebrated in the Philippines or here in the adopted homeland, Larrazabal says what matters is being together as a family. “Christmas to me means family. It’s a time for me to also reflect on the year that’s about to end — my relationship with my husband and kids, how I have been in terms of my character — and planning for the next year.” 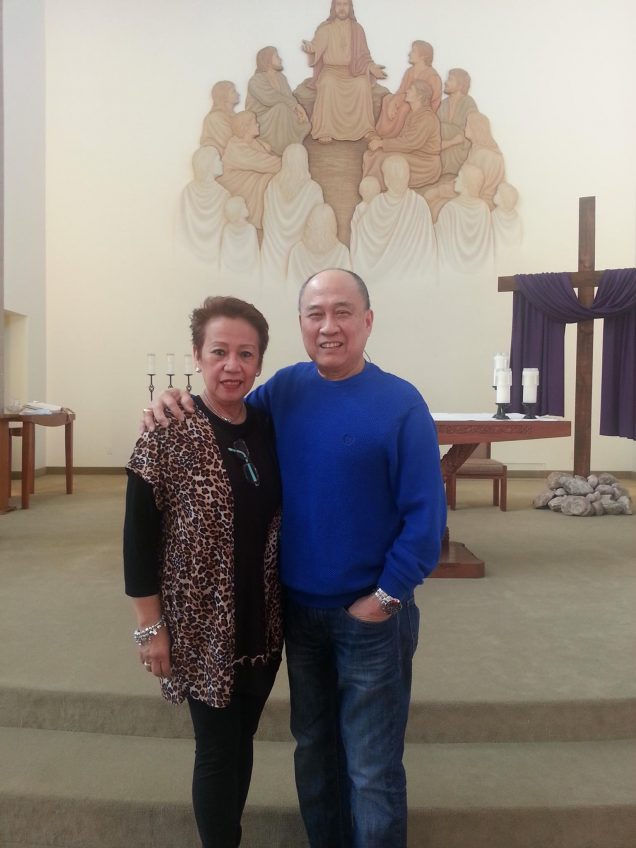 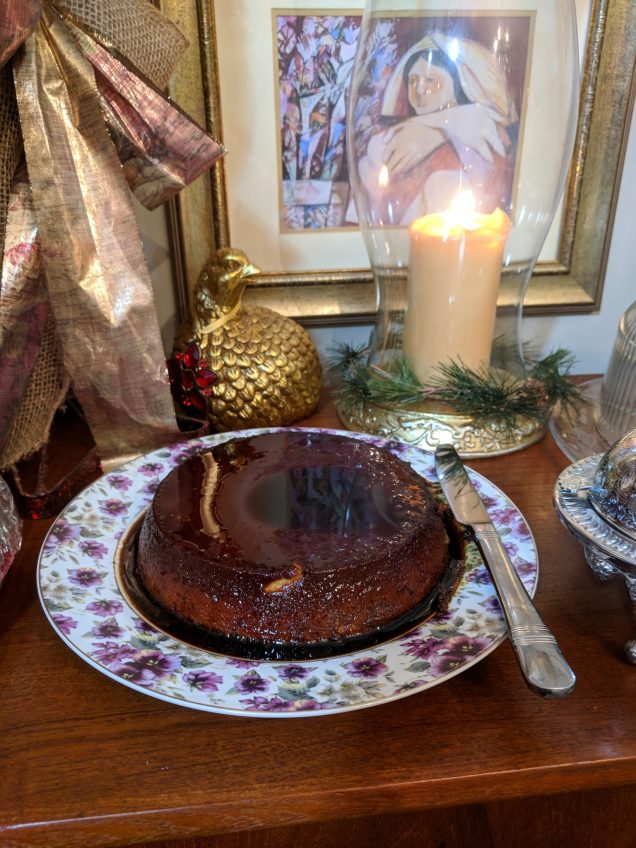 Leche flan is a popular Christmas dessert among Filipinos. 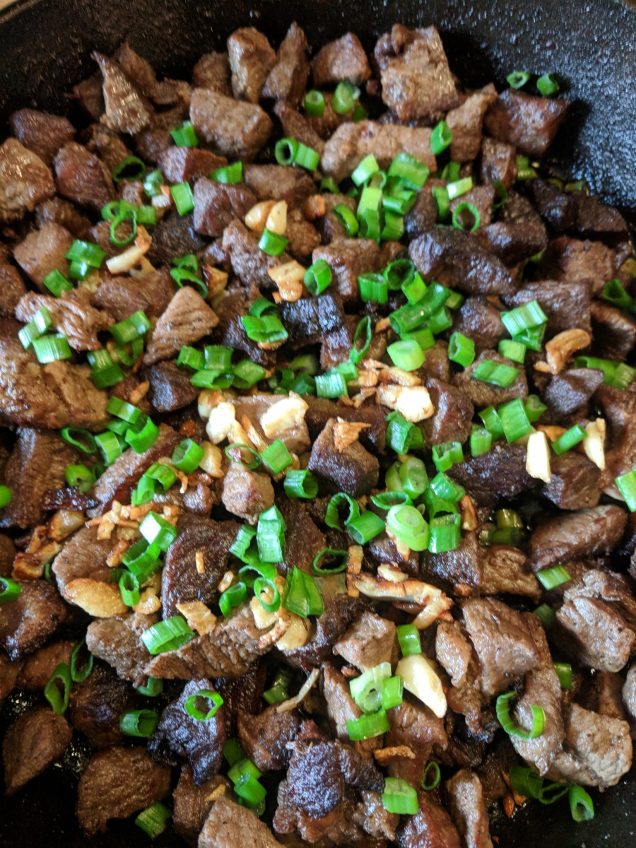 Here are a few examples of what Toronto has to offer in terms of Filipino Christmas fare that you can order in advance:

Maria Lourdes Polotan, whose farmers’ market stand,  Mama Linda’s,  is a bestseller at Withrow Farmers’ Market, will be at the Christmas Market at the Crow’s Theatre on Carlaw and Dundas, December 21 and 22.  Polotan, who uses locally-sourced and organic ingredients, will be selling family/party platters of adobo sa gata, buko pie and cassava cake. She is also accepting special food orders.  Mama Linda’s: @mamalindasto on Instagram; Mama Linda’s on Facebook; (416) 573-3108

Casa Manila Restaurant is  accepting orders for “Filipino fiesta ham with bone in,” cooked “the Filipino way with pineapple juice, brown sugar and our blend of spices, then garnished with pineapple rings and cherries. Laid in a basket over banana leaves, wrapped in cellophane in a gift bow; casamanila.ca; 879 York Mills Rd. (416) 443-9654